What Are Media Wall Fireplaces?

Feature walls have often been a technique used in interior design to give a room some more personality and style. Media walls offer the same benefits, albeit with some additional practicalities.

A media wall fireplace is simply an electric fireplace that has been installed as a part of a media wall. These fireplaces serve as an additional feature to your media wall, and can oftentimes add some additional mood lighting to improve the look and atmosphere of the room.

If you are considering installing a media wall, or adding a fireplace to an already existing one, there are a few things to first consider.

What is a Media Wall?

Media walls have gained popularity in the past couple of years due to their simple, yet striking design. They’re often the focal point of a room due to their appearance and practicality, and save room space whilst looking good.

A media wall is typically used to hang a wall-mounted television, store speakers and display gaming consoles or other media equipment that would otherwise need to be shelved or stored in cabinets.

Media walls offer storage solutions for these items and keep them organised in one place.

Benefits of a Media Wall

Media walls host an array of benefits, which range from cosmetic to practical. They can organise media gadgets including televisions, fireplaces, gaming consoles, speaker systems and can provide space for knick-knacks the same way that alcoves do. Whilst doing this, they also provide a sleek and easy way to hide cables and wires from view. Whilst media walls are built on a frame and will take up some floor space, they will not, however, take up any more space than a traditional fireplace would, and utilise the space much better.

What are Media Walls Made From?

Media walls aren’t usually built into the house’s foundations, as they need space behind to mask whatever cables and sockets are behind them. As a result, media walls are often built in front of pre-existing walls that have functional wall sockets.

Media walls are typically created with a stud wall, which operates the same way in which a chimney breast does. Constructed using a wooden frame and plasterboard, a media wall is designed specifically with the chosen television’s dimensions in mind.

Do You Need a Chimney Breast or Fireplace to Make a Media Wall?

Media walls don’t need a chimney breast or fireplace behind them to function as planned. Media walls, however, often take inspiration from the aesthetics of chimney breasts in order to provide a concave behind in which wires and cables are stored. 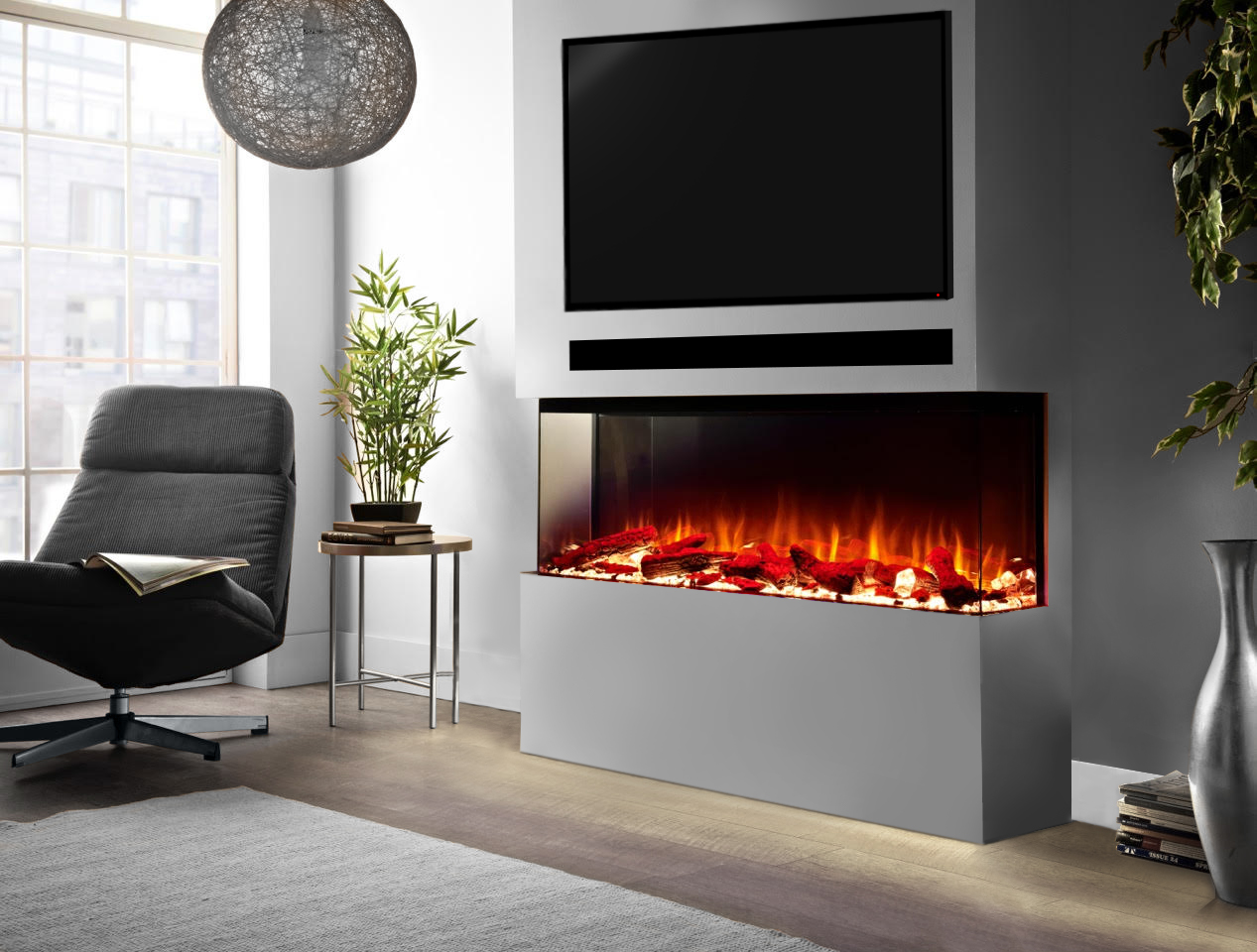 What Type of Fire Can You Have in a Media Wall?

Choosing a Fireplace for a Media Wall

The size and depth of the fireplace should fit in nicely with the rest of your media wall. If you’re planning on having a television above it, make sure that the fireplace and television are both suitable sizes for the project. There are different types of electric fireplaces, and include ones that are designed to hang from a wall, whilst others are designed to be placed in wall recesses. The latter are less viable when it comes to installing a media wall, as a fireplace which is designed to sit flush with the wall is more ideal.

The heat your fireplace produces is also important when choosing a model. Whilst all fireplaces produce some sort of heat, the output may be different depending on the type and model. The best type of fireplace to purchase for your media wall is one that will produce heat from a front heater, to ensure that the heat produced is radiated throughout the room, not out the back of the media wall to become trapped.

How your fireplace looks in correlation to the rest of the room will help narrow down possible contenders. When it comes to the design of a room, it’s possible to find a fireplace that comes in every different style to match your needs. As the fireplace in a media wall is often installed below a television, make sure not to just consider the fireplace’s appearance in isolation. Think about how it will look next to the rest of your media wall’s appliances and the general feel and look of the rest of the room. Media walls are contemporary and often have a sleek, modern appearance which is best reflected through the different appliances which it plays host to.

At the end of the day, a fireplace’s main purpose is to produce heat, and each individual model is capable of producing different levels of heat. Heat can be potentially damaging to objects in a close vicinity, particularly cables. Make sure when choosing your fireplace to consider the clearance of it, to ensure that the television or other appliances that you’re planning to add to your media wall will be within a safe distance of your fireplace. You can check the clearance of your fireplace by checking the manufacturer guides. The risk is fairly low with electric fireplaces due to the way in which they produce heat, but it’s always worth double checking just in case.

How is a Fireplace Installed in a Media Wall?

Mounting a Television Above a Fireplace

Televisions are significantly easier to install than fireplaces. One thing to be wary of when installing a television into a media wall above a fireplace is the heat clearance zone. Make sure that the wall you’re installing onto is capable of load-bearing, as the added weight of a TV could lead to a stud wall collapsing. Make sure to always double and triple check measurements, weight requirements and sizes when designing and creating your media wall. 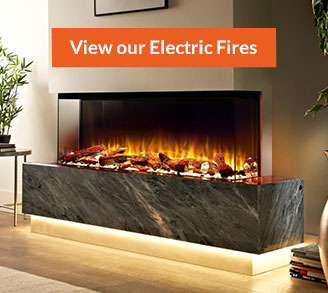 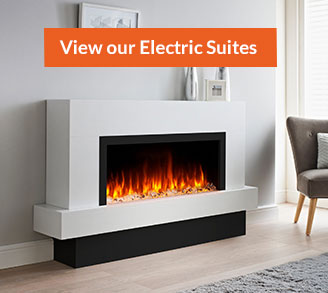 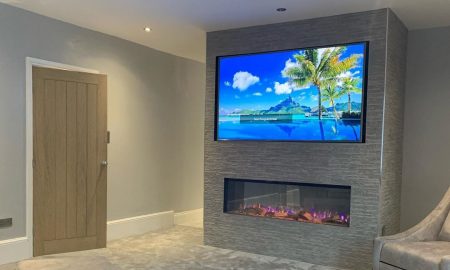 How to Build a False Wall For An Electric Fireplace

Here at Fireplace Factory we want you to have the fireplace and media wall of your dreams. The most popular home interior trend is a chimney breast holding your TV 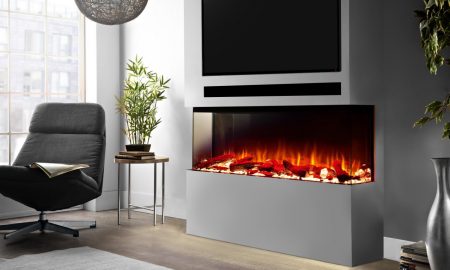 Autumn Nights with a New Electric fireplace and Media Centre

A New Electric Fireplace can really make your house a home, safe to install yourself, and save money on bills all winter with an electric fire. What better way to 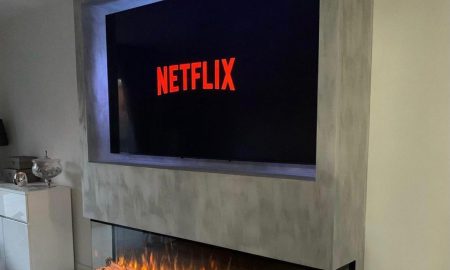 Electric Fires have become more and more popular over the past 5 years, not only are they better for the environment, cheaper to run, and safer for family homes but